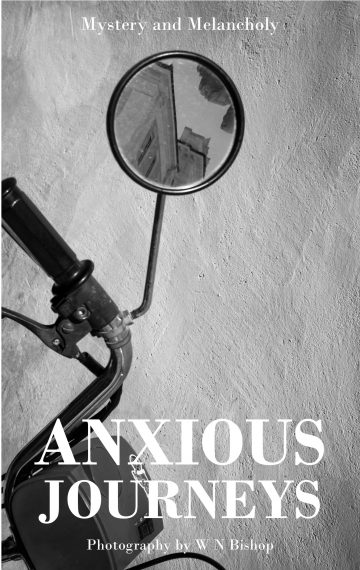 Anxious Journeys is a series of travel or journey based photography projects influenced by the Metaphysical art of the Italian painter Giorgio de Chirico (1888-1978).

Metaphysical painting (Italian: pittura metafisica) or metaphysical art was a style of painting developed by the Italian artists Giorgio de Chirico and Carlo Carrà. The movement began in 1910 with de Chirico, whose dreamlike works with sharp contrasts of light and shadow often had a vaguely threatening, mysterious quality, “painting that which cannot be seen”. Wikipedia

Originally, I chose the theme ‘Mystery and Melancholy’ – which is very loosely derived from di Chirico’s style and his painting of this name – for a small project I was planning,  but it has now increasing become the defining style for much of my photography.

My interest in de Chirico’s work covers the period from 1910 until about 1930 – and includes works such as; Mystery and Melancholy of a Street, The Melancholy of Departure, The Enigma of an Autumn Afternoon and, the theme for this series, his work ‘The Anxious Journey’.

The content of some of the work in this series is also influenced by other artists, writers and poets – for example, ‘thresholds’ is based on the writing of the poet Alison J Bielski, but the underlying style remains faithful to my ‘Mystery and Melancholy’ theme. It also includes some work I have shot in the past and reedited in this style.