The Dark Hedges is one of the most popular Game of Thrones filming locations in Northern Ireland.

Around 1775, James Stuart built a new house, named Gracehill House, and planted over 150 beech trees along the entrance road to the estate, creating an imposing approach.

Legend has it that a ghost called the Grey Lady can be seen traveling along the road. She is thought to be either James Stuart’s daughter, “Cross Peggy” or one of the house’s maids who died mysteriously. 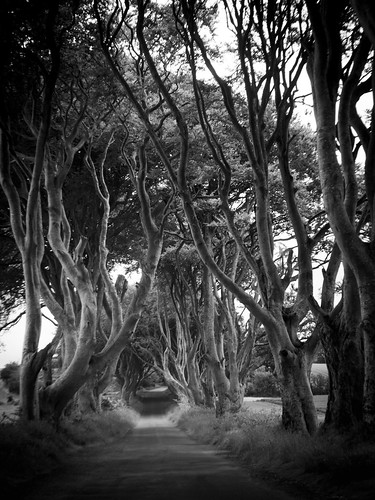