Dunvegan Castle is the seat of the MacLeod of MacLeod, chief of the Clan MacLeod.

The castle, which sits on an elevated rock overlooking an inlet on the eastern shore of Loch Dunvegan, was first built in the 13th century and has been developed over the centuries.

In the 19th century the whole castle was remodelled in a mock-medieval style and is home to the Flag (Am Bratach Sìth). The flag is an heirloom of the chiefs of Clan MacLeod.

The flag is said to posses magical powers including ‘the ability to multiply a clan’s military forces’ as well as protection from plague and promote fertility. The origins of the silk flag are unknown, but it is said to have originated in the Far East.

Another story about the flags origin recounts a Chief of the clan MacLeod falling in love with a Fairy Princess, a Bean Sidhe – one of the Shining Folk.

The Fairy King would only permit a marriage between the couple for a ‘hand-fasting’ – a year and one day – after which the Fairy Princess would have to return to her own people. During the hand-fasting a son was born. The clan Chief was said to be heartbroken when Fairy Princess had to return to her people, but vowed to look after the child and never let it cry. One night, the child began to cry and, when morning came, the child was found wrapped in a fairy shawl – which later became the Fairy Flag. 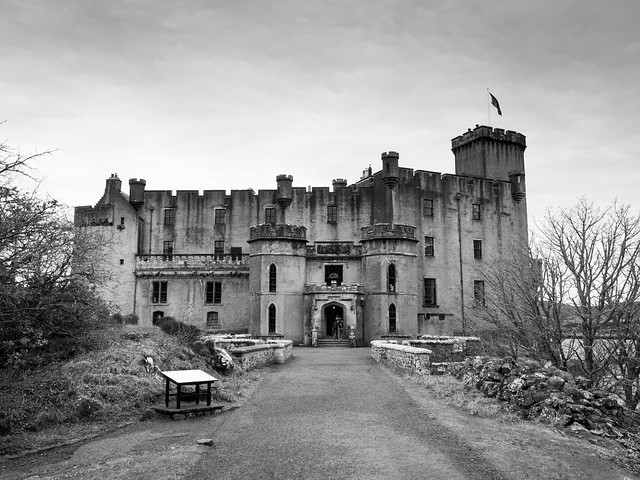