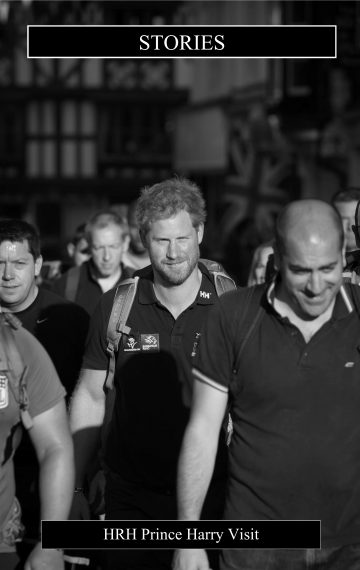 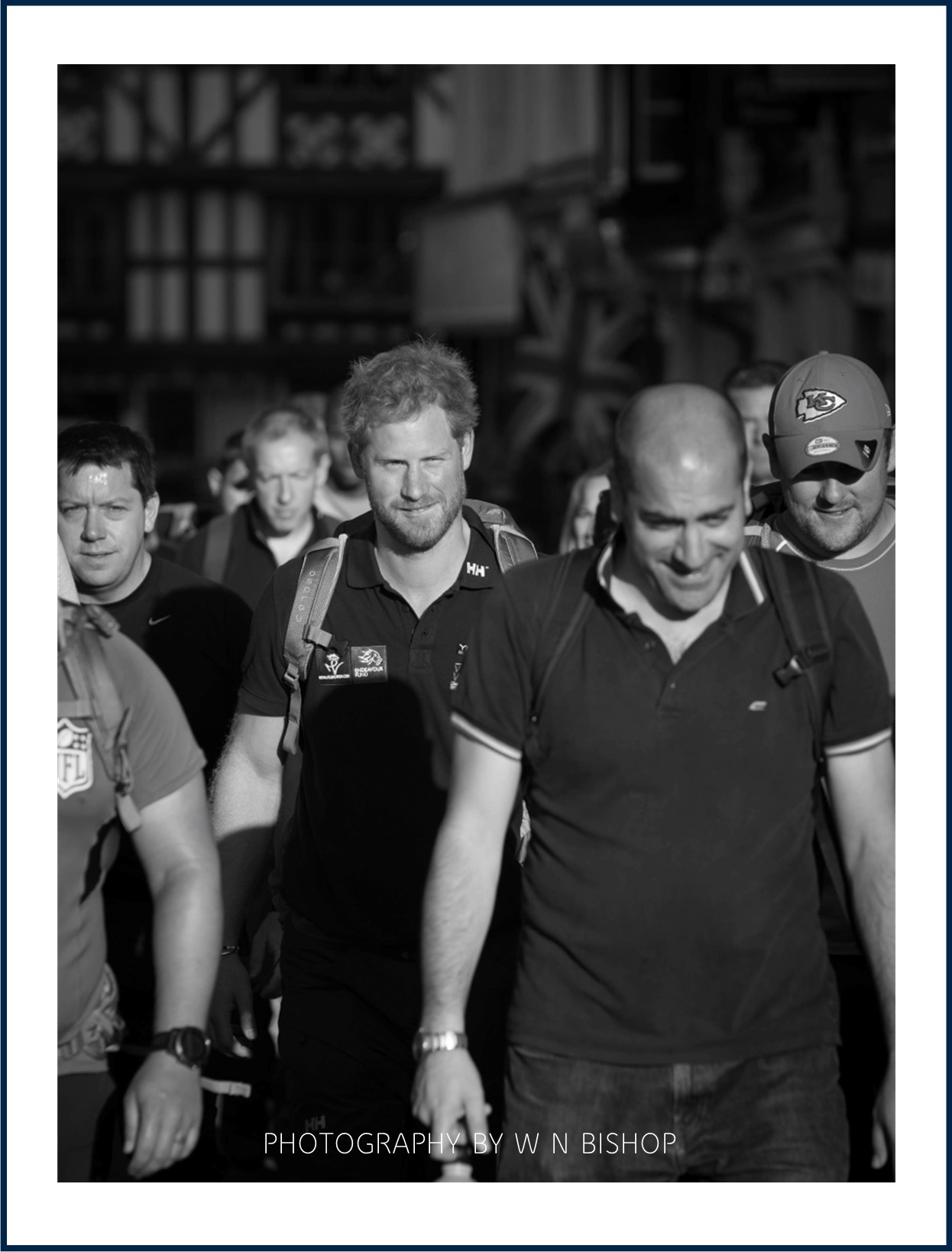 HRH Prince HarryIn September 2015, HRH Prince Harry visited Ludlow as part of a 1000 mile journey to raise awareness of the work of the charity Walking With The Wounded.

The Prince is the patron of the charity which, in its own words, is:

A military charity for ex-military in the UK, supports a pathway for disadvantaged veterans to re-integrate back into society and sustain their independence. At the heart of this journey is employment.

Joining a six strong team of injured former soldiers (five men and a woman, including two ex-US Marines) the Prince walked with them on some of their 1000 mile walk – which covered the length of the country – to raise awareness of those ex service personnel who are ‘battling to overcome grievous injuries, both physical and mental, suffered in the line of duty’.

“People up and down the country will get to see first-hand the determination and resolve of those who have served, and in particular those who have been injured or suffer hidden wounds.”