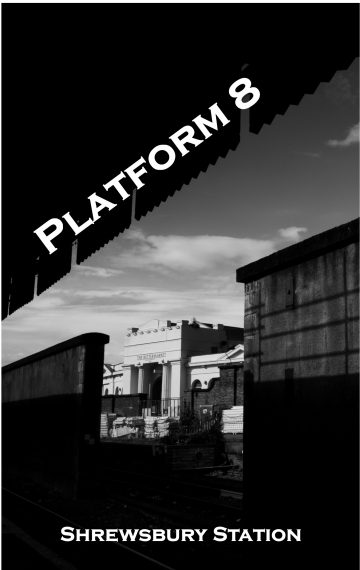 Miscellany is a selection of photographs from this series that don’t fall into one of the main project areas. Sometimes these are individual images, sometimes they are mini-projects in their own right.

These pictures were taken at Shrewsbury Station in 2019 and 2020 respectively.

I’ve travel to and from Shrewsbury Station many, many times and each time stood on Platform 7 – to catch the Cardiff bound train home.
Next to Platform 7 is, what appears to be, a small terminus platform screened by a large wall – of a type that once would have been used to unload freight and livestock in the days of steam – or so I thought.

This week I found out that this is in fact ‘Platform 8’ and is screened by the wall because it was the platform used to transport prisoners to and from the adjacent Shrewsbury Jail up until the First World War. 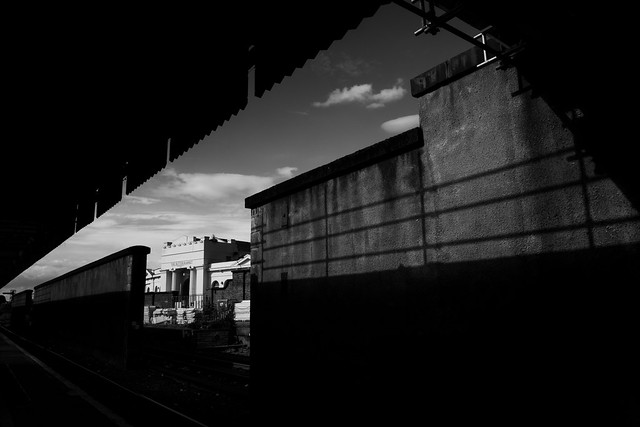 The prison was built in 1877 on the site of the previous Dana Gaol and was designed by penal reformer John Howard – who’s bust sits above the main entrance. Though Howard died before the prison was completed, the Street still carries his name.

Between 1902 and 1961 the prison was the location for eight executions – all for murder.

A E Housman wrote of the Prison…

They hang us now in Shrewsbury jail:
The whistles blow forlorn,
And trains all night groan on the rail
To men that die at morn.
A E Housman: On moonlit heath and lonesome bank

The HMP Shrewsbury closed in 2013.